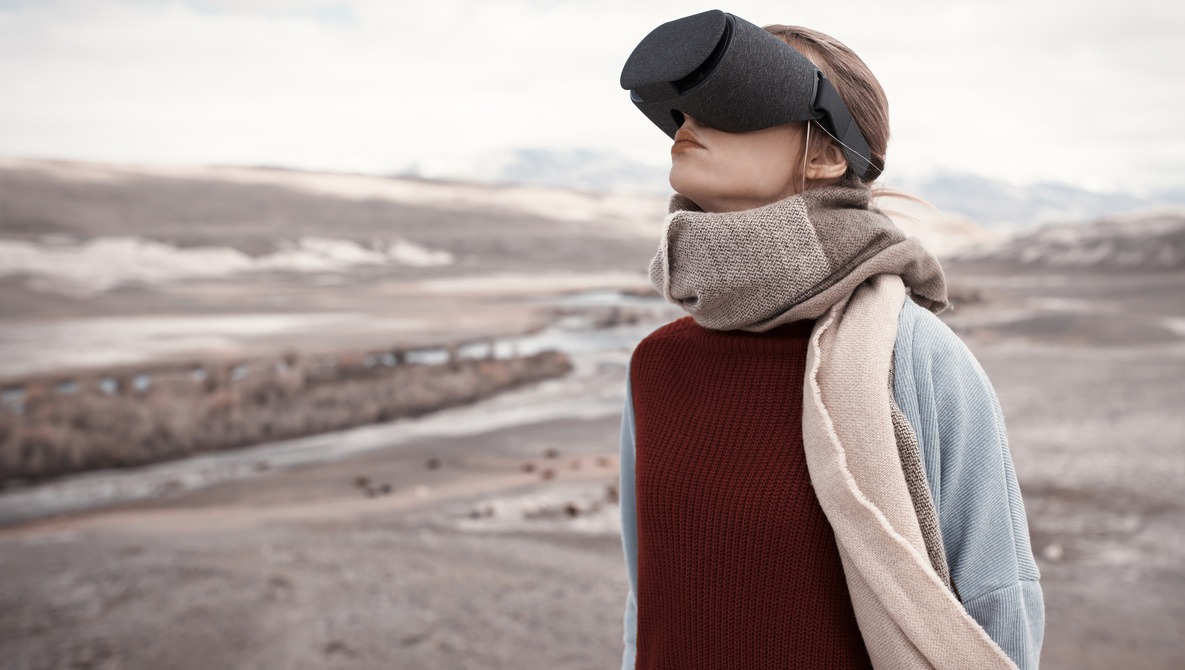 As we finally draw to a close of 20 years of awkward decade names (the Noughties and the… Teenies?), it’s time not only to reflect, but to look forward. So, I want you to give me your best predictions for changes to the industry over the next 10 years.

The changes from the end of 2009 to the end of 2019 are significantly less drastic than 1999 to 2009, as well as 1989 to 1999. The digital revolution hit the industry hard and in a plethora of ways. Now, it feels a little like we’re suffering diminishing returns until the next major change. While I both love and use mirrorless, it isn’t really revolutionary. Similarly, other obvious changes are in line with other tech, like getting smaller, faster, and better in every way.

Two areas of the industry flourished over this decade: drones and video. Starting towards the latter end of the Noughties, drones began to become a staple in travel videographer and photographer kits, before breaching the doors to damn near everybody’s kit bag. Video followed suit with higher interactions rates on social platforms, YouTube continuing to grow at an incredible pace, and thus, more of a yearning for video content. In keeping with that demand, gimbals became more affordable and useable for the average consumer too.

But I can’t help thinking we’re due something more substantial: another photographic singularity which is rejected by most of the veterans of the industry and embraced by the fresher faced ‘togs. I began scribbling down ideas for how photography and videography might change during the Twenties, and here are my best three guesses. Remember to leave yours in the comments below, so you can reference it in 10 years as evidence that you’re a prophetic genius or have it linked back to you as evidence you are, in fact, a dunce.

VR headsets were the big thing that hasn’t quite picked up the steam we expected, a little like cryptocurrencies. And like crypto, I think it will come good sooner or later, because it just makes sense. In everything we enjoy, from music and theater to games and art, we want the experience to be immersive. As non-photographic mediums (like computer games and cinema) begin to mass adopt VR, the demand for more content that utilizes the technology is inevitable. It won’t be long before watching videos on YouTube that are in VR will account for a high portion of the platform’s traffic and uploads, which means photography as an industry has to rise to meet the need.

But the use of the tech isn’t just flowing in that one direction. Recently, we have seen the introduction of the brilliant DJI FPV racing drones which allow you to fly them, as the name implies, in first person view. Apart from sounding about as much fun as I could have legally, it also creates opportunities for composition of photographs and difficult filmmaking techniques that has previously not been possible.

With that in mind, I think that both the use of VR technology and the creation of content that utilizes it will be substantial influencers of the industry over the next decade.

One gap I hadn’t expected to be bridged this much over the last 10 years was mobile phone photography and DSLR (and mirrorless) cameras. There were scientific and physical barriers that meant the two were unlikely to ever meet, but they’ve been circumnavigated. The biggest separator between the two was depth of field and how difficult that was to attain with a phone, as they have such small sensors and wide lenses. In stepped algorithms.

At first, the fake shallow depth of field was noticeable and rough around the edges, literally. But it’s improving year on year, and while I still think that most photographers could spot fake shallow depth of field very quickly, that won’t last forever. There are already some shots you can’t be sure of, particularly with clip-on lenses like Moment produces. These outliers will become more and more commonplace.

Furthermore, Google has introduced astrophotography into their camera app via long exposures, image stacking, and automatic post-processing with machine learning. It’s worth reading this blog post by Google on how it works and the issues they encountered as well as this news piece on how Samsung is doing something similar.

So, my prediction? This bridging of the gap cannot keep on, and laziness and lack of innovation from camera brands will see them struggle. Integrating technology typically seen in phones — like GPS, WiFi, and Bluetooth — is worth doing, but for standalone cameras to be prevalent outside of professionals and true photography enthusiasts, they have to offer something that phones can’t and can’t fake. What this is is tricky to say. VR could certainly be one route. Either way, phone cameras are chasing DSLRs and mirrorless cameras down at a rate of knots to the point where I’m no longer sure standalone cameras can outrun phones, instead needing to pivot. Image quality, resolution, and artistic control are metrics that soon will not work in their favor.

My Curveball: Cameras to Get Bigger

I wrote recently on my appreciation for heavier, larger cameras and the tactile sensation and operator satisfaction that offers. I see that I’m not alone in that sentiment, and I began to dive further into the benefits larger cameras might offer other than the intangible. For example, everything a camera of any kind can offer, a larger camera can offer an improved version of, at least in principle: resolution, battery life, memory, and so on. Also, with a large screen on the back and more processing power, it isn’t unthinkable that post-processing could be baked in to the unit, with a touchscreen similar to that of higher-end graphical tablets.

The nature of technology is to get smaller and smaller, but only to a point. Then, similar to the cyclical trends of fashion, bigger may go back to being better. As I mentioned in the article linked above, there is something distinctly more enjoyable about taking photographs on a medium format body with a large lens than my mobile phone. 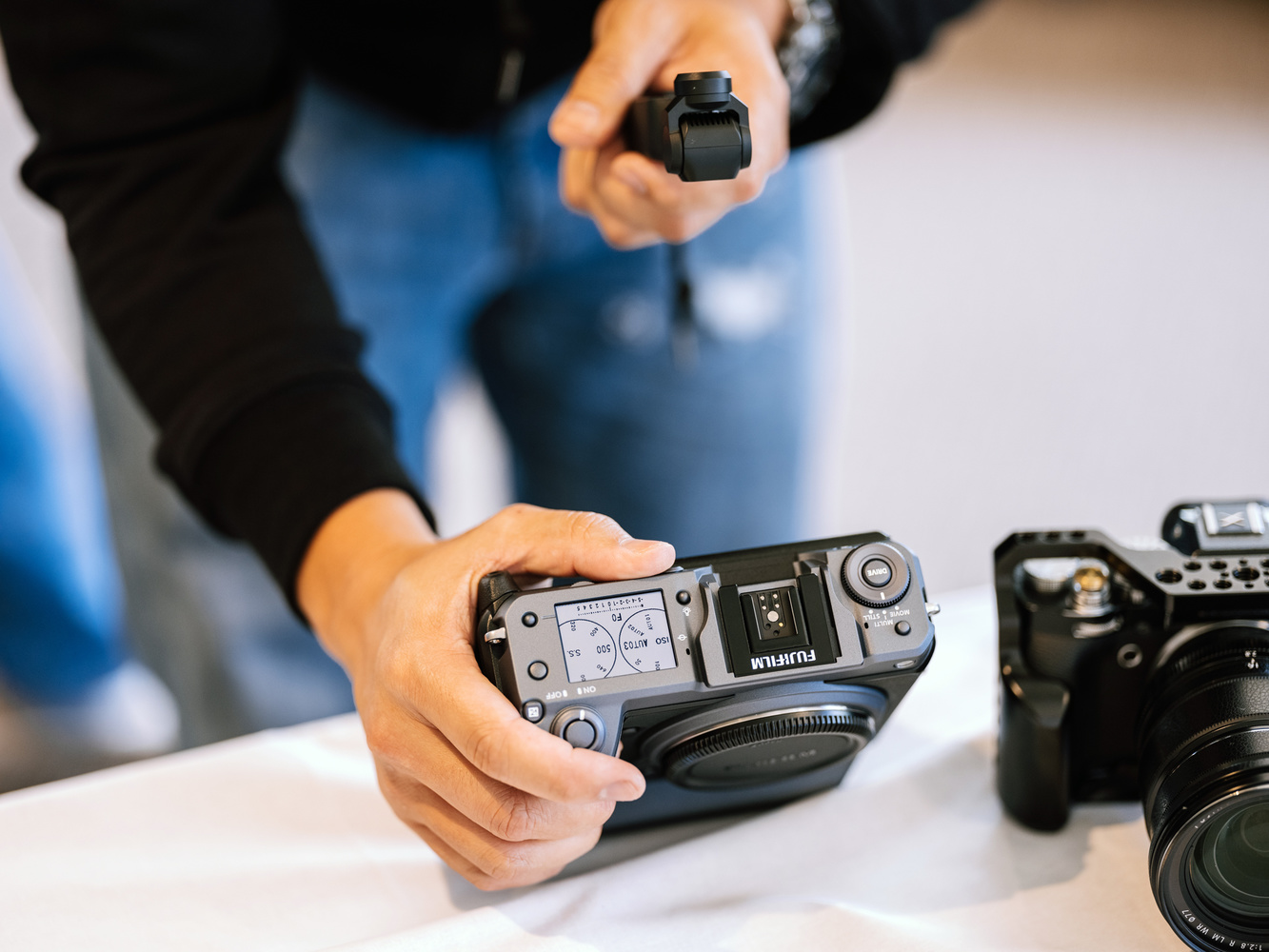 What Are Your Predictions?

Over to you now. Etch your name in photography history with an incredibly astute observation for the next decade.