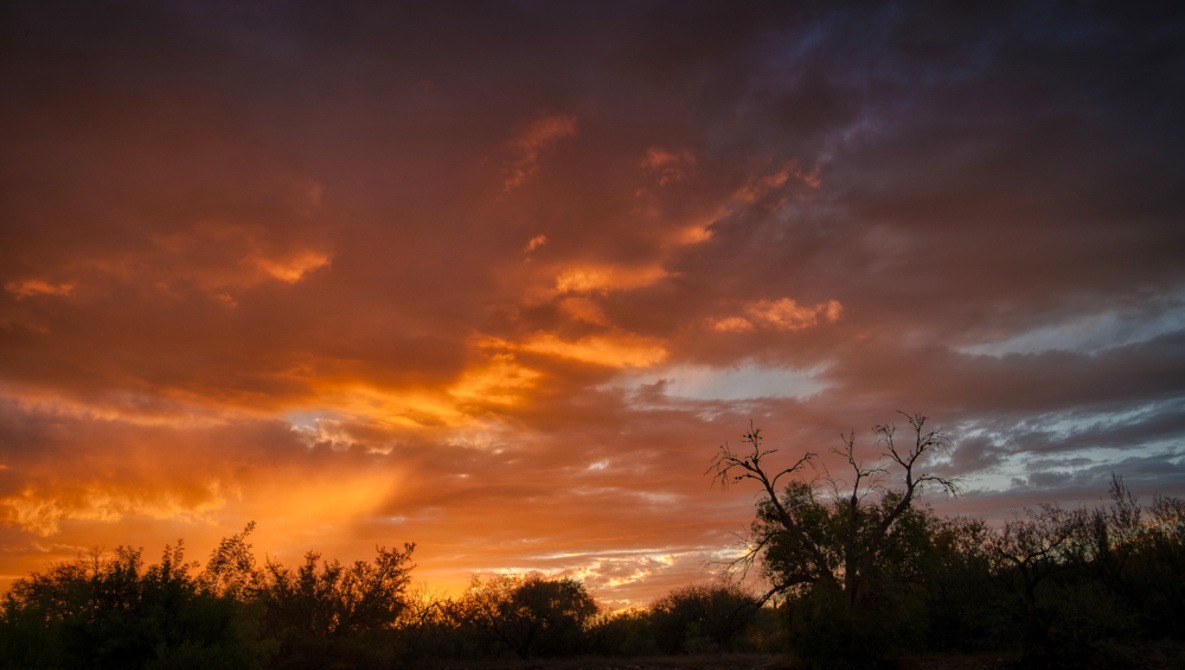 Living in the Southwest, I’m always out with my camera, looking for that great new vista just beyond the next curve in the road. For years, I didn’t pay much attention to photo apps, because I was seeing stupid apps that put hats on people or distorted their faces, or worse.

Now, there are a lot of great apps that really can help photographers. In my own work, I concentrate on landscapes and night photography (star trails, Milky Way), and these are the apps for my outdoor work I really like. Some you may have heard of, some may be new to you. All have their place on your phone or tablet. I’m an iPhone guy, so the apps I’m discussing are iOS. When I can find the same or comparable app on Android, I’ll point that out.

Since many of my landscape photos involve setup before dawn or just before sunset, I’m always interested in when golden time (magic hour) is coming. Magic Hour (Apple App Store) is really my favorite app for doing this. It’s free, although there is a $0.99 upgrade to get future details at different locations. I don’t miss that feature, so free seems the way to go.

Magic Hour tells you when the best light is coming. It’s helpful because golden time varies based on the time of year and where you are. You’ll get the time of the best light, sunrise/sunset times, and the end of golden time. You’ll also get a brief weather forecast with information on cloud cover, plus info on the phase of the moon and when it rises and sets.

There’re so many useful features, but I’ll dive in with sun and moon information. Besides giving you golden time hours, it also provides times for blue hour, tells you when twilight ends, and when the sky is darkest. Speaking of those astronomical functions, PhotoPills will let you know how long your Milky Way time exposure should be before the rotation of the earth makes your stars look like sausages. Tell PhotoPills your camera make and model and the lens you are using. PhotoPills will tell you your longest safe exposure before stars get distorted by movement.. 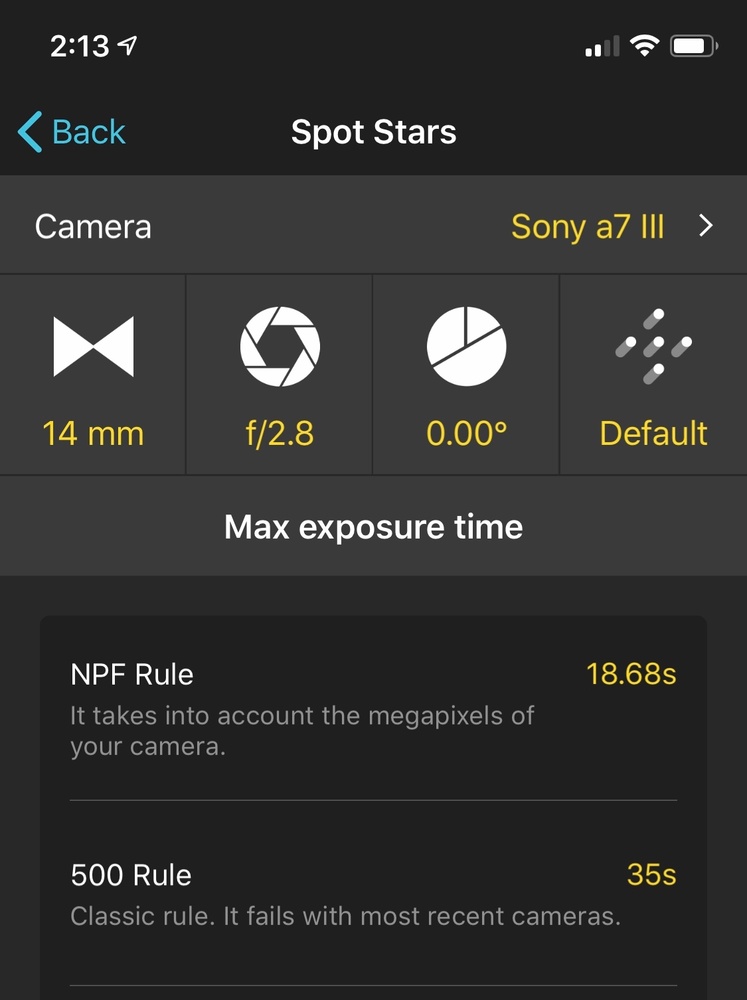 If that wasn’t enough, PhotoPills will let you set up your camera gear before it gets dark so you can select some foreground objects if you like for your Milky Way shot. I did this in the photo below. Using augmented reality in daylight, I could see the cactus and position it to the side of the Milky Way, That way, no surprises when it got dark. 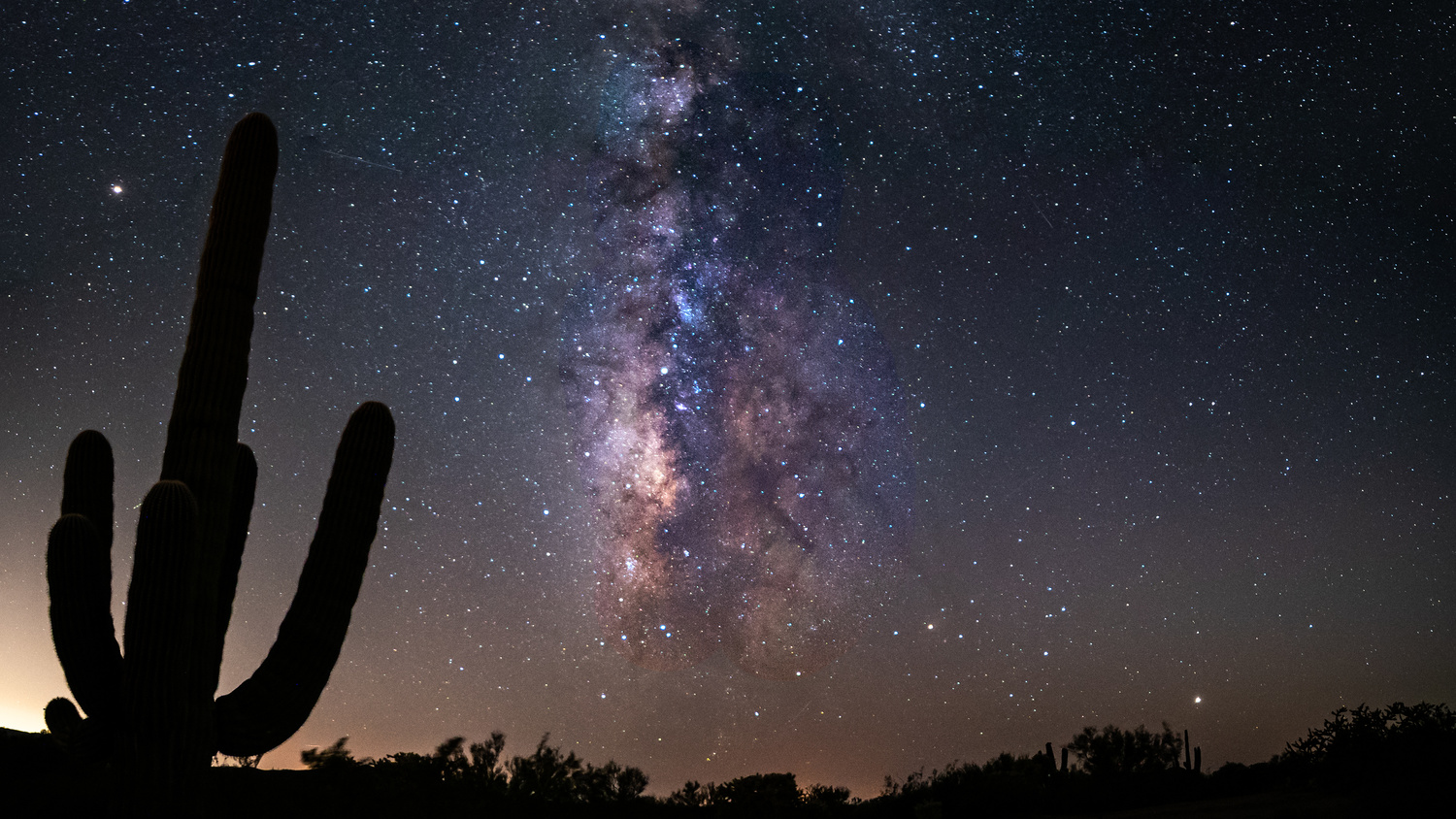 This also works for setting up your position to capture the sun or moon. In the screengrab below, all I had to do was point my iPhone toward the east, and the sun’s position could be seen as it rose. Sure, I could take these shots without the help of augmented reality and did that for years, but as a planning tool and getting to just the right spot, it’s a real joy. It’s also nice for getting the moon just right, say under that natural bridge or partly obscured by that church steeple.

PhotoPills will also calculate exposure times when using neutral density filters, calculate depth of field, field of view, and even calculate how much space on your SD card a time-lapse will use if you input your shooting interval and the length of the clip you want.

I’m also a big fan of TPE, The Photographer’s Ephemeris 3D ($11.99) at the Apple App Store, (iOS only, but a version that doesn’t compute shadows is available for Android here.) Like PhotoPills, it offers sun and moon positions, but in a really neat trick, it shows a 3D map and predicts where shadows will fall to aid in planning that striking golden time image. It will also provide the Milky Way position at night, and pick out major stars and constellations. You can set it to any place on earth and to any time. There are also useful light pollution maps. PhotoPills specializes in AR and camera calculations. TPE gives you really useful 3D maps. I use both.

Let’s move on to something not as well known. It’s an app called PeakFinder ($4.99, Apple Store, Google Play Store). Using AR (augmented reality), point your phone or tablet camera at some mountain peaks, and the app will tell you their names.

It may not directly help with your photography, but when posting photos to the web or social media, I really like to know what I’m taking pictures of. Tap the name of a mountain peak, and you’ll get more information about it. In AR mode, you can actually see the mountains through your camera and have names and other info superimposed on the live picture.

So, those are my favorites. Each can enhance your time outdoors for sure. I use all these apps on almost every photo trek. I think you will too.