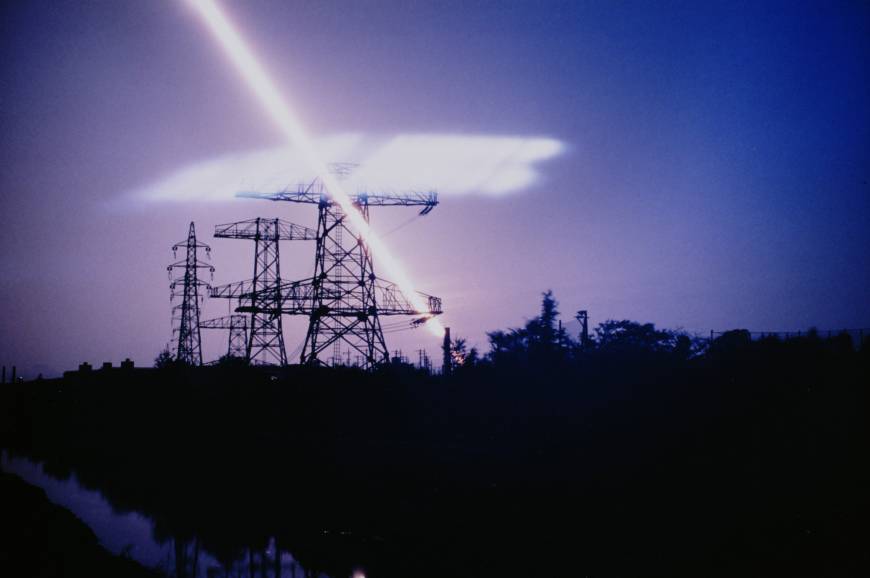 There are two photography exhibitions currently showing at the Tokyo Photographic Art Museum that are thematically and chronologically unrelated, but together make a strong testimony of the extent to which Japan embraced photography from its earliest beginnings, and how the medium is a strong suit in Japan’s contribution to the contemporary art scene. One is a celebration of the extensive history of Japanese photography in the 19th century; the other a solo show featuring the extraordinary work of photographic artist Hiroshi Yamazaki.

“Dawn of Japanese Photography: The Anthology” is the latest volume in the museum’s long-term project to bring together images from archives around the country in an extensive display of samurai portraits, landscapes, carte de visite (the pictorial and more socially oriented version of the business card) and documentary photography of construction, war and natural disasters.

The majority of images were taken by Japanese photographers for Japanese viewers, but there are a significant number by foreign travelers, some whose visits were short, such as Commodore Perry’s daguerreotypist, Eliphalet Brown, and others who were resident in Japan for several years, most notably British subject Felice Beato and the Austrian Baron Raimund von Stillfried. There is also the rare sight of samurai in 19th-century France, which resulted from the renowned photographer Nadar taking the portraits of the Second Japanese Embassy to Europe, while they were in Paris in 1864.

Around the turn of the century, the foreign market for photography in Japan favored the alluring, exotic and fantastical. This was catered to by native and nonnative photographers alike, who helped cement the iconography of Japan as the land of cherry blossoms, Fujiyama, samurai and geisha. Photography for the domestic market was more austere, personal or practical, and the value of this exhibition is to focus on the wealth of material that has, for various reasons, been underrepresented in global histories of photography.

Expressing a quiet nobility, samurai portraits taken by Nagasaki-born photographer Hikoma Ueno, for example, have a very different feel to the hand-colored images known as “tourist photos” or Yokohama Shashin destined for export, which sometimes featured day laborers or studio assistants dressed up in samurai armor in a kind of early cosplay.

The print chosen as the main promotional image for the exhibition is one of the most well-known examples of early Japanese photography: the portrait of handsome reactionary Toshizo Hijikata (1835-69) by Tamoto Kenzo. The photograph has created a romantic legacy for the sub-commander of the rebel Shinsengumi, a group that supported the last shogun and opposed the restoration of the Emperor Meiji. Hijikata lives on as a popular manga and anime character in part due to this one photograph.

The choice of Tamato’s image is good marketing, and its connection between early photography to contemporary popular culture is entirely appropriate. With a few exceptions, the exhibits were originally never intended to be viewed as high art. The material qualities of the miniature silvery mirrors of daguerreotypes, framed in ornate gold frames or the handmade crimson lacquerware of a camera body (1863) are, nevertheless, a delight, and possibly a revelation for a generation used to digital photography viewed on screens.

The exhibition shows that in its nascent stages, photography was valued for its ability to approximate the view of the human eye and to preserve a sight over time. Spreading through Japan with the ideals of the enlightenment, photography was, as the Japanese word “shashin” (literally “truth copy”) suggests, the scientific method made visually manifest. By contrast, the concurrent exhibition “Yamazaki Hiroshi/Concepts and Incidents” shows what happens when photography is liberated from the task of being literal.

Hiroshi Yamazaki is best known for his 1970s work that used long exposures to show the path of the sun through the sky. Focusing on process, rather than subject matter, Yamazaki is expert at making the ordinary look strange, and continues to create work that is strikingly ingenious.

Early pieces show that Yamazaki could imbue even relatively straight photography with unusual intensity and a sense of the uncanny. A 1969 portrait of an unshaven, plaintive-looking Tatsumi Hijikata, the founder of butoh, kneeling in a hallway by sets of shoes, hints both at the creative energy and abjection of the choreographer and performance artist, with a composition of lines that is dynamic but also isolates Tatsumi from his quotidian surroundings.

The 1978 series “The Sun is Longing for the Sea” experiments with photographing the sun over time, resulting in images that feature a blazing white line reflected in blurred seascapes. Yamazaki called these experiments “optical incidents” — the action of working with photographic equipment and using their particular characteristics to go beyond human vision. More recent work looks at chromatic aberration — the optical defect that photographers generally try to avoid through buying expensive lenses, or using software correction — and photograms of hands creating ripples in water.