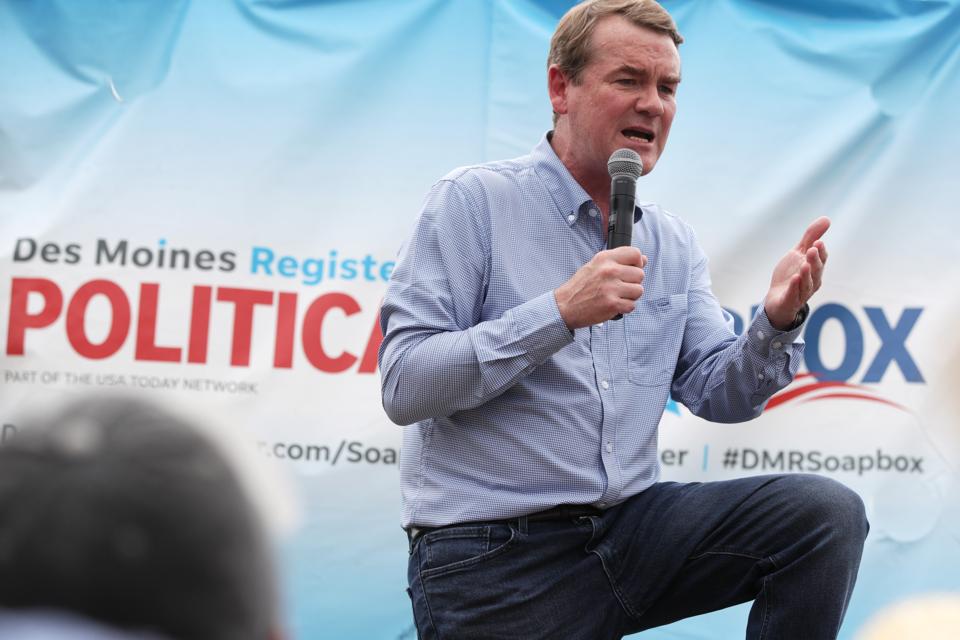 This morning, 2020 Democratic presidential candidate Michael Bennet released his education plan, titled “Equal Must Be Equal.” Senator Bennet has long been invested in education. His ideas are likely to be taken seriously given his experience as Denver Public Schools Superintendent and now as an active member in the Senate. Bennet’s plan includes early childhood and K-12—which is notable given the silence on K-12 issues amongst most campaigns—but his higher education plan is in strong contrast to candidates like Elizabeth Warren and Bernie Sanders. Since Bennet did not meet the threshold for the September debates, he will likely leverage this to increase his news coverage as he continues his campaign.

Bennet starts his higher education agenda by saying, “College costs too much, resulting in student debt that hamstrings future choices.” His administration would make community college tuition-free by pairing federal and state investment. He smartly points out that would allow low-income students to use their Pell Grants to pay for their living costs—a larger cost for most students. Bennet then says he will make public four-year colleges debt-free for low- and middle-income families—those making up to 300 percent of the federal poverty line—through increased Pell Grants and other aid. This is a more targeted approach than the universal programs offered by some in the race and in Congress. He suggests that over time he will make sure everyone leaves debt-free, accounting for what families can contribute.

State investment is critical to reducing the cost of college. Senator Bennet recognizes that and commits to working with states to lower the cost. Federal support for his debt-free college would be conditional on states reinvesting. While he wants states to invest in four-year institutions, he pledges to work with states to revitalize community colleges to increase dual enrollment and improving quality—an important piece in reducing the cost.

Bennet’s plan also recognizes that students are making important and expensive decisions about where to go and how much to pay for college without critical information on higher education outcomes. He calls for collecting better data and providing it to help students understand what graduates and non-graduates earn from both specific schools and specific programs to help inform their decision making. It sounds like he would probably support the College Transparency Act, a bipartisan bill in both the House and the Senate. He also takes an important step and calls for holding schools and programs accountable if they fail to graduate their students or leave them stuck in low-paying jobs. And for schools that leave lots of students defaulting on their loans or borrowing too much relative to what they earn, he would cut off access to federal dollars to schools that don’t provide a return on investment for students.

Bennet calls for increased investment in career and technical training as an alternative to a four-year degree. Though four-year degrees provided higher salaries on average, high-quality programs like Registered Apprenticeships can yield great returns for workers and provide a rewarding career. He calls for increased access for Pell Grants and references his Plan to Reward Hard Work, which calls for flexibility for “Pell Grants and loans to be used for proven job-driven training models–including those that do not require a degree.” This seems to be a call for providing Pell Grants for extremely short-term programs currently not eligible for Pell Grants—programs as short as 16 weeks are already eligible. While additional investments in career and technical training are sorely needed, if these investments aren’t tied to a baseline level of wages, many students—especially women and people of color, could waste their time and Pell dollars on programs that leave them in minimum wage jobs.

Senator Bennet takes a different approach to student debt than the high-profile plans of fellow Senators and competitors in the primary. When discussing student debt he says, “We cannot just write off student debt for one generation; we must make college more affordable for ALL students while helping families currently dealing with high debt burdens today.” Instead of debt cancellation, he said he will cap student loan payments to eight percent of a borrower’s income, which is less than the most generous current option of a ten percent income cap. This is similar to Joe Biden’s plan and less generous to low-income borrowers than the bill from Senator Jeff Merkley.

Public Service Loan Forgiveness—a program created under the George W. Bush Administration has received a lot of press recently for its low rate of approval of applications—partially from poor implementation, partially from strict requirements. Senator Bennet wants to expand on those programs and provide $10,000 for up to four years for people choosing high-need professions in rural or high-poverty urban communities. Like many others, he takes the popular idea of allowing borrowers to refinance their debt—despite the fact that only those with higher balances would see much of a difference.

As the campaigns march on towards Iowa, candidates will continue to lay out new plans in an effort to differentiate themselves from their competitors. Education is likely to play a role in the conversation with student loans and teacher walkouts in the headlines. Higher education is an especially popular topic as anxious student borrowers are often active in these conversations and campaigns. This plan could help Bennet stand out in the field with a detailed plan addressing education from early childhood all the way to higher education.