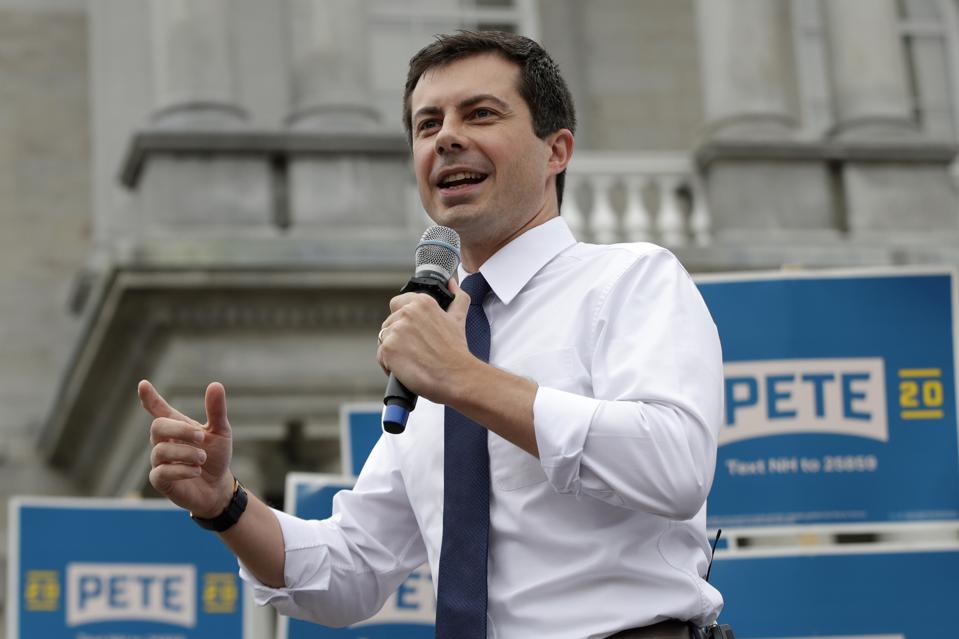 Last week, Pete Buttigieg outlined his plan to address college affordability as a part of his economic agenda for American families that also calls for lowering costs for housing, health care, and child care and pre-K education. Buttigieg has previously opposed universal free college and has called for a more targeted approach to making college more affordable. His plan—adding to the list of candidates with plans to lower the cost of college—takes a different and nuanced approach to college affordability compared to some of his counterparts running for the Democratic nomination.

Since Buttigieg graduated high school in 2000, average tuition and fees at a public, four-year college or university has doubled. It the last 30 years, it has tripled. State disinvestment—particularly during the Great Recession—has caused public tuition prices to skyrocket as higher education is typically one of the largest sources of discretionary spending for states. Plus, costs can easily be transferred to students and families who attend and have federal loans guaranteed to them.

Buttigieg takes a middle of the road approach to the cost of college, somewhere between Joe Biden and Elizabeth Warren. Biden would provide tuition-free community college to all students and Warren would make all public community colleges, technical schools, and colleges and universities tuition-free. Buttigieg sticks with his former criticism that universal free college is regressive and provides a more targeted approach. Pete’s proposal goes further than Biden, but not as far as Warren.

By investing $500 billion (presumably over 10 years) through a federal-state partnership, Pete would make public college tuition-free for families making less than $100,000—80% of the students who currently attend those schools. For the next 10% of families with students in public colleges and universities (up to $150,000 in income), tuition would be reduced on a sliding scale. Buttigieg also called for larger Pell Grants for low-income students to pay for living costs, an important point because living costs make up 52% of a public four-year degree and a 70% of a two-year degree. Pete also recognizes the historical under-funding of Historically Black Colleges and Universities and other Minority Serving Institutions and calls for a $50 billion investment in those schools.

Buttigieg’s plan says they will soon release details to relieve the burdens of student debt. His website and previous comments have pointed to providing debt relief for students who attended low-quality colleges, particularly for-profit colleges. He has specifically referenced the Obama Administration’s gainful employment rule, which would have cut off federal student aid if programs failed a debt-to-income ratio. He has also called for improving the Public Service Loan Forgiveness program and has said his plan for national service would provide “consideration for public service student debt forgiveness” based on service.

The Future of Tax & Legal – Embracing Change with Confidence

Riding The Wave Of Tech Disruption In Private Banking

The rising cost of college continues to be a conversation in this presidential debate, in Congress, and in states across the country. Many have reaped praise on Buttigieg’s plan. Others are calling for bigger plans to make all public higher education free. And some, like Joe Biden and Amy Klobuchar, are calling for less generous plans. Young people have been crucial to elections in past years and many of these plans are likely to resonate with them. However, older voters and voters who didn’t get a college degree might be less inclined to support these plans. It is unclear which one will resonate most and with which voters. It is still early in the election, but it is likely that this topic will drive some voters—either toward or away from certain candidates.