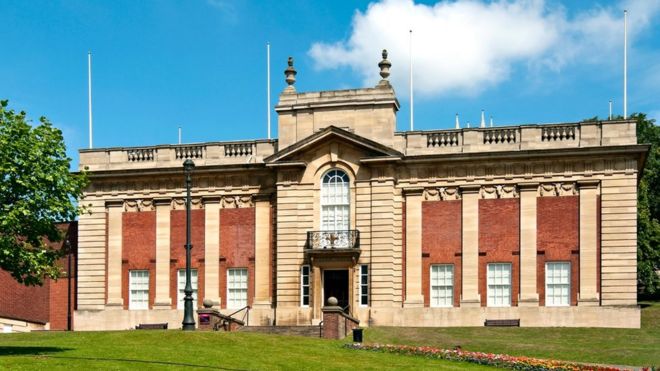 Art, including work by LS Lowry and Henry Moore, could be removed from a gallery following a row about its future.

Lincolnshire County Council wanted to utilise the Usher Gallery in Lincoln for weddings and celebrations but met with a backlash from art lovers.

It voted earlier to give notice on its management of the collections, which belong to the city council.

The move is part of wider plans by the county council to cut £750,000 a year from its heritage budget.

Nick Worth, executive member for culture, said the authority was looking at handing control of the building, which is leased from the city council, to a third party, and would also work with a third party to enable it to take on the management of the artwork.

The authority had previously planned to convert the gallery for other uses and move exhibitions to the nearby Collection museum, according to the Local Democracy Reporting Service.

But opponents did not want to see the collection broken up.

Mr Metcalfe, described the plans as a “betrayal of the county’s rich heritage”.

“We believe the recommendation to hand back to us the collection that they have looked after for 45 years is utterly outrageous,” he added.

“This suggestion has never been put to the public for consultation and we have never been given any opportunity to explain the impact this would have.”

Potted history of the Usher Gallery