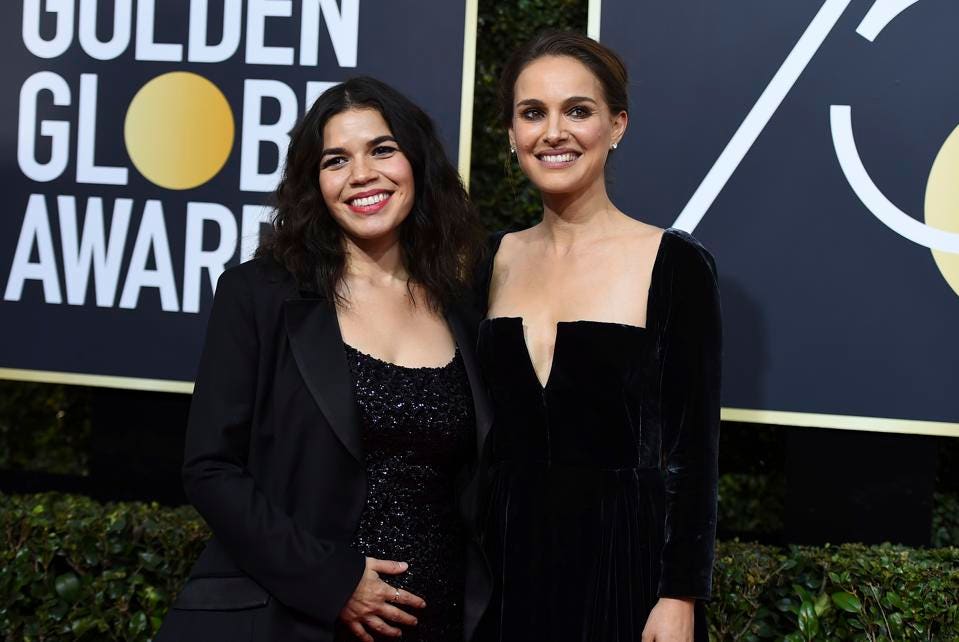 When it comes to gender diversity in entertainment and tech, the stats are not pretty. In film, for example, less than one third of speaking characters are women, and less than 10% of director roles are female, according to the 2018 Annenberg study by the University of Southern California. The picture is also dire in the tech sector, where 25% of professionals are women.

The tide is turning as the awareness of the problem spreads thanks to rigorous studies and media mentions. Also, there are eye-catching Hollywood incidents, like when Natalie Portman called out the all-male nominees for best director at the Golden Globes in January. Nevertheless, women continue to be significantly underrepresented. For example, since 2007 the improvement in the percent of women directors has been marginal, from 30% to 32%. Structural solutions are yet to be found. Let me share some promising tips from research in the tech sector.

Why it’s so hard to break ground

Individual organizations can be proactive and set target inclusion goals and plans to achieve them. For example, in IT, Accenture has set the goal to develop a workforce with 50% women by 2025 (from its current 35%). These target inclusion goals are recommended for the film industry by the authors of the Annenberg study. But how do you go about achieving these goals?

First, it’s critical to understand the roots of the problem. Sofia Bapna and Russell Funk from the University of Minnesota may have found one of the thick roots. Through a field experiment at an IT conference (where of course, women were the minority), they found that relative to men, women met 42% fewer new contacts, spent 48% less time talking to them, and added 25% fewer connections on LinkedIn. That is, it was difficult for women to find the right people to network with and to interact with them. So it’s like a chicken-egg problem. Underrepresentation leads to low social networking, which in turn exacerbates the underrepresentation problem.

Yet networking is an important factor that can influence careers in entertainment, like those of film makers. Joi Carr, Professor of Film Studies at Pepperdine University organizes an annual symposium on diversity and inclusion at the American Film Market. She states: “Networking for women and people of color is essential to gain a bit of leverage toward opportunities. Networking functions serendipitously, a casual meeting and connection can creates invaluable opportunities simply because of proximity.”

Bapna and Funk offer social networking theories on why it’s hard to break this vicious cycle. They theorize that when underrepresented, women will have search and social barriers. Bapna and Funk state: “Search barriers encompass the challenges of identifying and locating connections who can provide useful information. Social barriers encompass the challenges of interacting with strangers. Many people feel uncomfortable when interacting across social boundaries like gender.”

How to break the vicious cycle

So how do you break this vicious cycle? Bapna and Funk used existing social networking theories to design simple communications via email, which exposed conference attendees to other participants as “networking recommendations” to break search barriers and as “networking introductions” to break social barriers. For introductions, subjects were placed in groups and all members in a group were introduced to each other.

The effect was significant. Reducing search barriers through networking recommendations increased the number of new contacts women met by 57%, the time they spent talking with new contacts by 90%, the number of connections women added on LinkedIn by 29%, and women’s likelihood of changing jobs by 1.6 times. Lowering social barriers through e-introductions increased the time women spent talking to new contacts by 66%. The interventions did not improve men’s outcomes.

This study suggests that one way of breaking with the vicious cycle between underrepresentation and low networking is to provide tools for women to break search and social barriers. In both the entertainment industry and tech sectors, the underrepresentation starts at the top. Most top executives at major entertainment companies like studios are male, which trickles down to important leadership roles like producers and directors, and then to actors. Measures to improve women’s networking in executive and corporate roles should help destroy the thick roots that so far have made it difficult to improve gender diversity.

Other ideas that come to mind are for women to proactively leverage professional networking sites like Linkedin, which provide good search functions and alleviate any discomfort from cross-gender interaction in a physical setting. Also, networking sites can contribute by developing opt-in services to provide introductions for women based on their career aspirations.

Higher presence of women in leadership and greenlighting roles should lead to more gender diversity in creative roles. But the change at the top and the trickling-down process will take a long time. Well, Bapna and Martin Ganco from University of Wisconsin-Madison may have found a shorter-term option for creatives through a field experiment on an equity crowdfunding platform.

In the experiment, they revealed a female co-founder of a new venture to some investors, and a male co-founder of the same venture to other investors (avoiding pictures or other information that could trigger non-gender bias). The results showed that female investors are less attracted than their male counterparts to male-led ventures. For the case of male investors, there was no significant gender-based preference. That means equity crowdfunding platforms can benefit female entertainment creatives, because they can compete in equal footing for male investor funds, and they may have an edge for female investor funds. Female creatives can even leverage social networking sites to lure more female investors into crowdfunding platforms, which will increase their edge.

The entertainment industry is recognizing the importance of breaking networking barriers. The Women in Technology in Hollywood (WiTH) started in 2014 with 40 women and now has over 1,750 female and male members. At their conferences they deliberately focus on pillars of professional development, one of which is networking. WiTH co-founder Nadya Ichinomiya,  a tech executive at Sony Pictures, states: “We realize the importance of networking. At our conferences we intentionally form teams with members that do not know each other. Many relationships have formed and prospered beyond the conference, including new opportunities for employment.”

It is interesting that WiTH is using similar networking introductions as in the Bapna-Funk experiment. Improving gender diversity in entertainment is a stubborn problem, but it seems there are clear avenues to break the vicious cycle. Bapna reflects: “I hope the insights revealed by these studies will accelerate the much needed change.”

I am an Associate Professor of information systems, Executive Director of the Institute for Entertainment, Sports, Media, and Culture, and Director of the Center for Applied Research at Pepperdine’s Graziadio School of Business. I have a PhD in Information and Decision Scien…