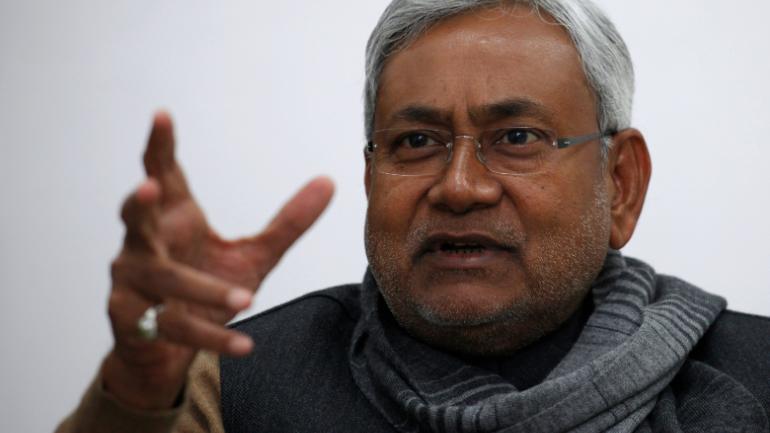 He, however, did not share this view on the Ram mandir issue.

Kumar’s statement came shortly after BJP party president Amit Shah announced on Sunday (December 23) that the Bharatiya Janata Party (BJP) and the Janata Dal (United) (JDU) would contest from 17 seats each, while the Lok Janshakti Party (LJP) would fight on six seats in Bihar.

Speaking on the Ram Mandir issue, Kumar told India Today TV that he favoured a resolution to the Ram mandir issue via consensus or court and maintained that development would remain a key agenda in the state.

Addressing a press conference, earlier in the day, leaders from the three NDA parties said they were hoping to better their 2014 performance — when BJP along with its allies bagged 31 of the state’s 40 Lok Sabha seats.

Gearing up for 2019 polls, Amit Shah ironed out differences on seat sharing to ensure that its alliance partners stuck in Bihar, unlike a few other crucial states where BJP had lost coalition partners.

Earlier, Chirag Paswan had said in a tweet: If after several rounds of talks, there has been no decision on the coalition. If a decision is not taken on time, it could cause damage.

He said that after TDP and RLSP left NDA coalition, the alliance took a delicate turn. The BJP must resolve respectfully issues and concerns of alliance partners, he added.

Besides the mega contest in India’s most populous state Uttar Pradesh, Bihar with 40 seats has historically witnessed fierce competitions in Lok Sabha elections.

While NDA has decided on its seat-sharing pattern, the Opposition alliance led by the Congress party is yet to announce its much-awaited formula. The opposition alliance also comprises parties such as RLSP, Hindustani Awami Morcha, Loktantrik Janata Dal and three other communist parties from the state.

Smaller but significant players like the Samajwadi Party and the Bahujan Samaj Party (BSP) are likely to lend support to the grand alliance for next year’s general election.

With BJP’s recent loss in three key states, the party is trying its best to maintain guard in Bihar along with its alliance partners.