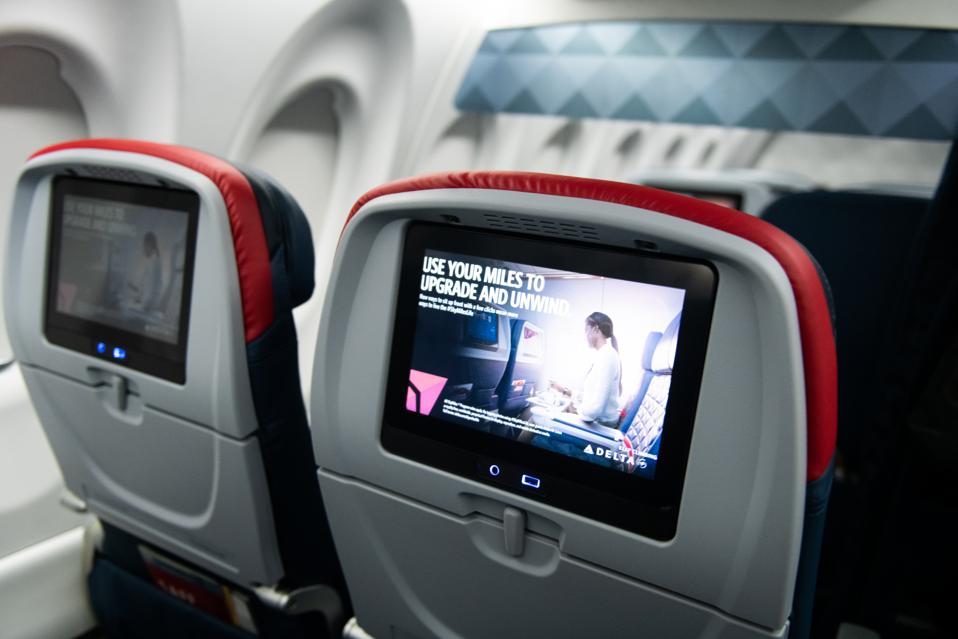 When it comes to in-flight entertainment, mainline air carriers in the United States have generally fallen into two camps: the bring-your-own-device and the onboard experience crowds. Delta Air Lines is resolutely in the second category, and for several years it has been working hard to create unique offerings for passengers flying on the carrier.

Last week at the Consumer Electronics Show in Las Vegas, Nevada, Delta revealed the latest chapter in its efforts. To complement the seat back entertainment that the carrier has installed on many of its domestic and international flights, Delta is now experimenting with controls that allow passengers to binge content or get in-flight recommendations based on movies or shows already-consumed. If one were to watch an action flick at the beginning of a flight, for example, a similar foreign film unknown to the passenger could be suggested for the next bit of content.

Delta’s announcement came among a host other tech-forward launches from the airline at the Consumer Electronics Show including news of a new exoskeleton that the airline is testing for assisted loading as well as new inflight entertainment technology.

In taking this content direction, Delta is experimenting with a type of multimedia control that is often only seen in the online streaming world. Streaming giants like Netflix and Hulu currently allow subscribers to binge entire seasons of content in back-to-back episodes, eschewing the need for week long waits between chapters, but those technologies are built directly into the cloud and don’t need to be deployed to thousands of remote aircraft.

Airlines, meanwhile, have traditionally been loaded with a wide spectrum of long and short form content — including multiple episodes of many TV series — but have never allowed for the shows to be watched en masse. By contrast, the typical workflow for a passenger viewing multiple, adjacent pieces of content would be to click in and out of every episode and watch the advertorial content in between.

No Secret Ingredients: The Importance Of Food Transparency

According to the announcement from Delta last week, the carrier is also experimenting with Do Not Disturb and Wake Me For Breakfast notifications directly integrated into the inflight entertainment systems.

They may sound simple, but Delta’s information and communication updates are for more nuanced than a simple button integration on a movie screen. In order to make these features work, the inflight entertainment system needs to keep track of what each passenger is watching and keep a log of consumed content. Communications for flight attendants such as Do Not Disturb also need to somehow be integrated into the aircraft’s communication system and routed to the appropriate crew.

Perhaps because of this complexity, most of these pilots are still in the experimentation phase. But if any of them are found to affect the bottom line, there’s little doubt that the experiments will quickly find their way to market.