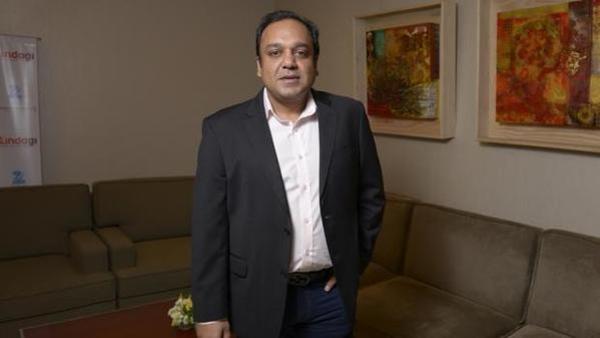 Mumbai: Mint brings you your dose of the top deals news, reported from newsrooms across the country

US cable major Comcast, along with private equity fund Blackstone and James Murdoch’s family office Lupa Systems may bid for Indian media firm, Zee Entertainment Enterprises , The Economic Times reported citing people in the know. The Comcast-led consortium went ahead with the due diligence of Zee Entertainment, even as social media giant Facebook approached its promoters for a potential deal. There are, however, issues over control, exact quantum of stake and valuation mismatch, that may prove to be deal breakers. But a deal is likely to happen before September 2019 as Essel Group comes closer to a default on ₹7,000 crore it owes to mutual funds. While Comcast will be leading the consortium, Murdoch may act as the local partner on ground and take up a small stake. Lupa also cannot have more than 9-10% stake in ZEE, as part of a non-compete agreement with the Walt Disney Company after Rupert Murdoch sold 21st Century Fox (including Star India) to Disney.

Blackstone-backed K Raheja Corp has pipped South Korea’s Mirae Asset Global Investment in race to acquire Citibank India’s former headquarter at Mumbai Kurla Complex (BKC) for₹395 crore, Mint reported citing two people aware of the development. Spread across 130,000 sqft, the building is popularly known as Citi Centre and has remained as Citibank’s headquarter until 2012. The bank later shifted to the First International Finance Centre in the area. Backed by New York headquartered private equity firm Blackstone K Raheja Corp has been in the race to buyout several commercial assets in major cities in the country for the last few years and currently owns several business parks under the brands Mindspace and Commerzone spanning over 20 million sqft of office space Mumbai and Hyderabad. Mint reported on 2 July that Mumbai-based K Raheja Corp was in the race to buy the property even as Mirae Asset has emerged as the top bidder. The Seoul-headquartered firm which is also part of Mirae Asset Financial Group, has offered to buyout the asset for ₹413 crore.

Canada’s Brookfield Asset Management is acquiring a prime Mumbai real estate asset spread across 9.67 acres, which includes a 100-room premium hotel, for ₹750 crore from Sanjay Narang-owned Mars Enterprises and Hospitality Ltd, Mint reported citing two people aware of the development. The deal includes a five-star boutique hotel, Waterstones Hotel and a club that occupies half of the 9.67 acres, while the rest is an undeveloped land parcel. The Toronto-based alternative asset manager, which has been rapidly building its commercial real estate portfolio in India, has signed a memorandum of understanding (MoU) with Narang to buy the entire land parcel comprising the hotel as well as the vacant land. Brookfield is likely to use the land to develop a 1.3 million sq. ft office space. Scotland-based hotelier Narang, who owns popular restaurants such as Pizza by the Bay and Eat Around the Corner, besides hotel properties, The Gordon House and Rokeby Manor, has been looking to sell the asset at Sahar Road in Andheri East for the past seven to eight years.

Buyout funds such as Apax Partners, Blackstone, Carlyle and KKR are engaged in talks with beleaguered Indian drugmaker Wockhardt, for a majority stake in its domestic formulations business, The Economic Times reported citing people aware of the discussions. Besides, Ahmedabad based Torrent Pharma has also shown interest in buying a 51% controlling stake in the formulations business, which could be valued at ₹4,000-4,500 crore. The Habil Khorakiwala owned company had a total debt of ₹2,453 crore as on March 31, 2019 and is due to repay ₹823 crore in the current fiscal year. Wockhardt Hospitals may also sell four of its seven residual hospitals located outside Mumbai — in Nagpur, Nashik and Rajkot.

Mortgage lender Indiabulls Housing Finance Ltd plans to buy back debentures and masala bonds worth ₹2,705 crore maturing in September and October 2019, taking advantage of strong cash flows on its balance sheet, Business Standard reported citing company’s statement. The plan is to buy out non-convertible debentures maturing in September 2019 aggregating to ₹1,375 crore, including ₹660 crore of NCDs issued via public issue. Besides, it is also giving early redemption option to investors as it looks to buy back ₹1,330 crore of masala bonds maturing in October. In August 2019, the housing finance firm had bought back NCDs worth ₹2,173 crore maturing in July. Both Indiabulls Housing Finance and Indiabulls Commercial Credit Ltd (ICCL) are slated to merge with Lakshmi Vilas Bank Limited as the Competition Commission of India (CCI) approved the proposed merger.