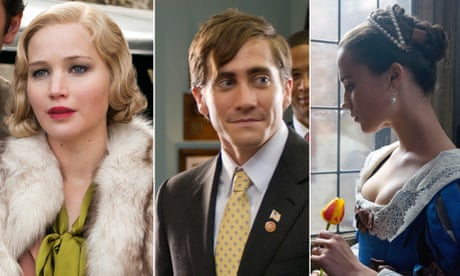 Not coming soon: the star-studded films that almost didn’t get released

What is Darren Aronofsky’s new movie Mother! about? He doesn’t want to tell you. Or rather, he wants to tell you that he doesn’t want to tell you. In recent interviews Aronofsky has insisted he wants to keep the details of the film secret, before going on to describe it as “a cruise missile shooting into a wall”, “a very intense ride”, with “home-invasion elements” and other such hints, just in case you thought it might be a sequel to Mamma Mia!.

“Secrecy” is a pretty elastic term when it comes to the movies. Many a film-maker has become obsessive about keeping everything under wraps – usually the type whose movies hinge on grand mysteries and twists. It’s standard practice to swear casts to silence and guard scripts as if they’re nuclear codes. Christopher Nolan would only give Hans Zimmer one page of information about Interstellar when he commissioned him to do the score, for example. Someone who worked on James Cameron’s Avatar told me the non-disclosure agreement was the size of a telephone book, and contained the phrase “in this universe or any other” – and they probably weren’t even allowed to disclose that.