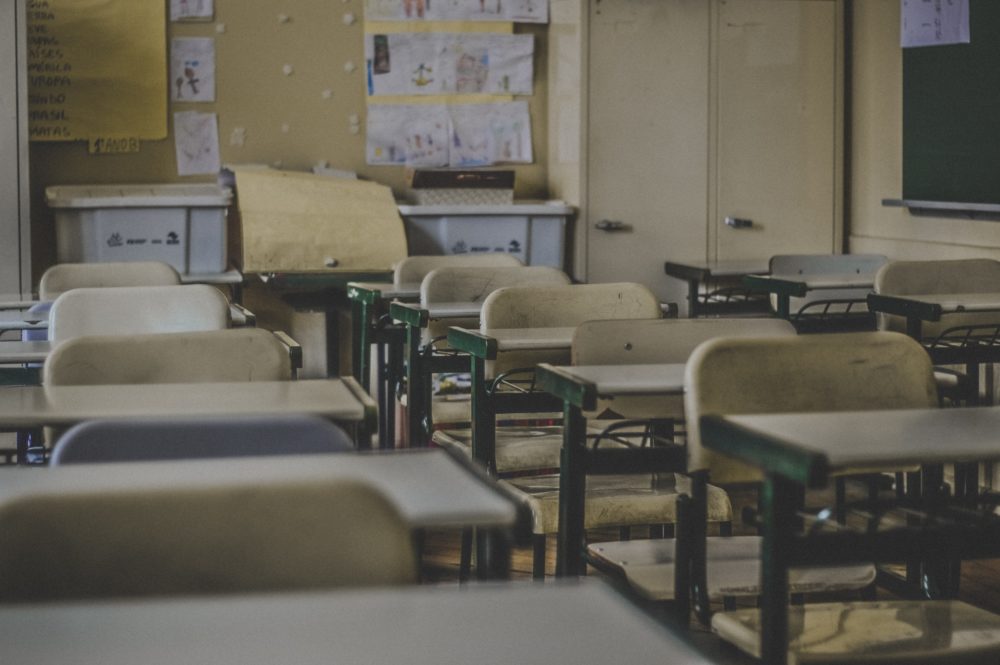 While traveling to Buenos Aires, Argentina, professor Sam Crowell noticed even the poorest of schools place a plant in the classroom.

This practice speaks to the presence of spirituality within nature, says Crowell, founder of the master’s program in holistic and integrative education at the California State University, San Bernardino. In Argentina, he says he observed kids at one high school working on solutions to local ecological problems that they would present to businesses and city councilors.

The gathering was led by Lisa Miller — professor of psychology and education at Columbia, president of the Collaborative for Spirituality in Education and founder of the Spirituality Mind Body program, the first Ivy League grad program in spirituality and psychology.

She also authored the bestseller, “The Spiritual Child: The New Science on Parenting for Health and Lifelong Thriving.”

Spirituality is a “deep way of being, through which we feel connected to all life, with awe and reverence for the mystery of being,” Miller says.

And it’s not connected to religion or belief in a god and organized tenets, she says. Rather, it’s a deep human capacity, and she points to science to explain. She says if we look at twin studies, spirituality is “one-third heritable and two-thirds socialized,” which means parents, schools and communities have an enormous impact.

Puberty in children can lead to questions about purpose and meaning in life such as, “Why am I here?” — a question that isn’t easy to answer from a “point of view that excludes spirituality,” Miller says.

So what does secular spirituality feel and look like in the classroom in this polarized time when people disagree on so much?

While most education has been done through curriculum, Miller says this is different. That’s because implementing spirituality empowers schools to cultivate their relational culture — the way we talk to and treat each other — something she calls the “unspoken curriculum.”

All schools are tasked with preparing students for democracy, she says. Educator John Dewey said before we can have a political democracy, we must have a “spiritual or social democracy” where we learn how to speak to people with whom we disagree.

The Collaborative for Spirituality in Education spent two years visiting public and charter schools that support teaching spirituality. She says they found 11 drivers of spirituality, starting with a “collective practice of transcendence” such as poetry, dance, art, singing and school-wide meditation. It could also be a “hosting council,” a practice taught by the late Gary Weaver who worked with court-referred boys.

Miller says most times, children are “hungry to share things of great meaning, of great significance.” If it’s too private of a moment, allow the child the privacy, she says.

Spirituality is a “deep way of being, through which we feel connected to all life, with awe and reverence for the mystery of being.”

“Who shows up at the table? The grandmother I loved who’s now passed could be the cornerstone of my entire sense of strength and happiness in the world,” she says. “So to allow that child to talk about their grandmother, to allow children into the classroom as whole people, that’s a real education.”

Another driver of a spiritual school is language.

Rev. Canon Julian Bull of Campbell Hall in Los Angeles says the words we use count.

“The first thing is just to use the word love,” he says, “because to put the word love out there is to make a statement.”

For other schools, moving between stillness and motion activates the spirit.

Ivan Hageman, founder of the East Harlem School in New York City, says his students meditate and play a variety of sports every day.

He also says students are taught to be kind, regularly participate in community service, and on Saturdays, eighth-graders tutor younger students and build their sets for plays.

Connection Between Nature And Civility

“Spirituality supportive schools always have a program through which children develop a personal relationship with nature,” Miller says.

She says she knows an 8th grader who chose a tree in kindergarten and says he has “grown up with” the tree — going to it in times of need or reflection.

Another young girl told Miller that her grandmother assigned her a tree in the event she died. When the grandmother died and the girl felt lonely, she would “climb up in that tree, and that tree raised me,” she recalled to Miller.

Impacts Of A Spiritual School On Teachers

Jack Miller of the University of Toronto, a renowned speaker on holistic education, says people in this field often feel alone, but spirituality is particularly important for kids who may provide a challenge. He says as educators, teachers have a chance to “touch their souls.”

Teacher Angela Benedetto said she taught for 31 years in New York’s inner-city schools, she thanked Jack Miller for paving the way and giving language to what she felt she needed to do in the classroom.

“We found most teachers go into education out of a deep sense of calling and yet there is a silencing of the deep core of the teacher,” Lisa Miller says. “My job each day when I show up as a teacher is to draw out the possibility of the child that they don’t even know is there for themselves. … That is a different sense than subject teaching.”