Gaurang Doshi has been slapped with a Contempt of Court order while legal notices have been sent to director Anees Bazmee and actors Amitabh Bachchan and Anil Kapoor. “Rajturu Studios bought the remake rights of Aankhen in 2013 from Doshi (who’d produced the 2002 original). Vipul Shah was to return as the director but he got busy with other projects and we decided to put the project on hold for a year. In 2015, the script for the sequel was finalised but we learnt that Doshi had started casting for his own version of Aankhen,” informs Rajeev Rajtaru, Owner of Rajtaru Studios who moved court on August 4, 2016.

Doshi’s lawyer Chirag Mody informed the court during the first hearing on August 9 that his client had nothing to do with Aankhen 2. The case was adjourned till August 19 since Doshi maintained that he wasn’t making any film. “But on August 17, he launched Aankhen 2 with the entire cast in attendance. Doshi had lied in court under oath and directly disobeyed the court’s orders,” Rajtaru argues. 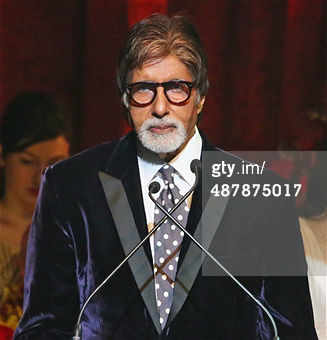 At the August 19 hearing, the court made that no promotions, online or offline, or no work related to the film were to be shared with the media and the industry. “But on August 23, new posters released on social media and interview calls made to the media. He also printed full-page ads in two trade magazines,” Rajtaru informs. Justice SJ Kathawala of the Bombay High Court observed that Doshi has “repeatedly made false statements before the court, misled the court and interfered with administration of justice. He should be held under contempt of court.”

At the August 19 hearing, Senior Advocate Kadam showed up instead of Mody, who had dropped out, and claimed he was under the impression that it was a fresh hearing and hence, would require more time to research the earlier submissions. When the case was re-opened on August 22, yet another lawyer, Rishikesh Soni, turned up. Rajturu points out, Doshi has changed four lawyers in the last one month.

The next hearing is scheduled for September 14 and if work on Aankhen 2 is not stopped, an arrest warrant awaits Doshi. “We’re also moving court with the Copyright Infringement Act and awaiting a response from Anees Bazmee, Amitabh Bachchan and Anil Kapoor on the legal notices,” Rajtaru adds.

Doshi, when contacted, told Mirror, “The matter is sub judice and all rights of the film have been purchased by me and belong to me via registered deed.”